The Hollywood actress recently discussed the physical changes her body has gone through since giving birth four months ago.

Mila Kunis and Ashton Kutcher welcomed a baby girl into the world in Los Angeles on October 1st, 2014, and four months on, the Hollywood actress says life since becoming a mother is "a whole new world." 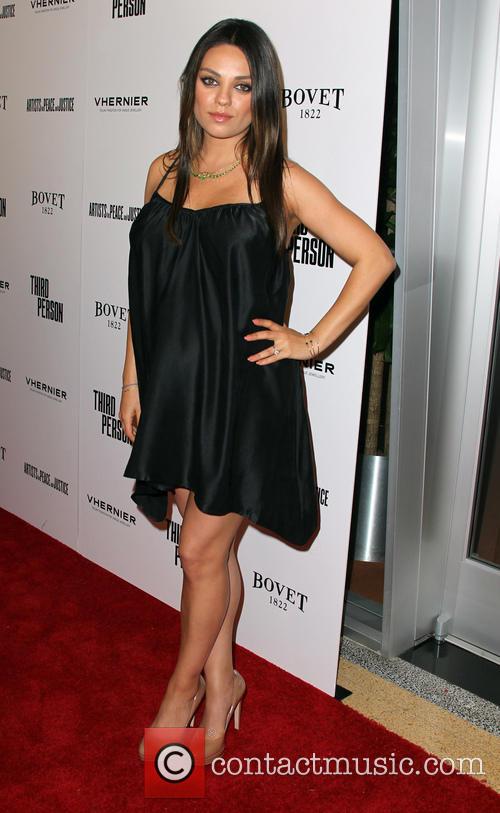 Kunis' body has gone through physical changes since giving birth

On Wednesday (Feb 4th) Kunis stopped by Conan to discuss how she is handling being a mother, as well as the physical changes her body has gone through since the birth to her baby daughter Wyatt Isabelle.

But not long into the interview, the talk show host Conan O'Brien mocked her 'Jupiter Ascending' co-star Channing Tatum for apparently being photographed staring at Kunis' breasts while walking the red carpet at Monday's premiere.

"I saw a red carpet picture of you and it looked like Channing Tatum was staring at..." Conan said. "Because there are changes that the body goes through. And it looks like he's staring at your breasts."

As she was laughing, Kunis responded, "That's awful! I know him and I love him, and he really wasn't [staring]. But boy did these things grow!"

Although the 'That 70's Show' alum defended Channing, she didn't do the same for everyone else.

"Men actually look at my boobs - I've never had that happen before - because they're just there," she admitted. "I don't know how to deal with them because I've never had them, and so I always dress for a flat-chested girl and now all of a sudden I'm busty, and I'm like, 'Wow, check it out!' This is amazing to me. It's a whole new world!"

So how will Kunis pick her clothes now? "First of all, I needed to start wearing bras," she said. "That was a whole new experiment for me."