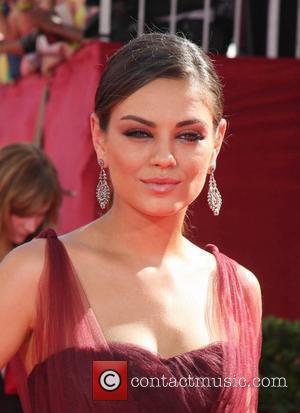 Actress Mila Kunis has a macabre hobby - she likes to watch horror movies and then visit the sites of Hollywood's most grisly celebrity murders in the dead of night.
The Forgetting Sarah Marshall star has become a secret murder tour guide and regularly plans thrilling midnight trips to crime scenes and supposed haunted houses.
She explains, "We do murder mystery tours in L.A. One of my friends has a whole giant book of famous murders that happened in L.A., everything from the Valley to Orange County to Malibu.
"When we do these murder nights, we watch movies, then we drive around at midnight, all around to these murder houses and take photos and we recreate the murder scenes. It's really twisted and weird.
"We went to the Black Dahlia house... We went by the Hillside Strangler's place and the Playboy model who was murdered by her ex-husband (Dorothy Stratten); that house looks exactly the same now as it does in the murder book... It's just creepy.
"That house gives us bad vibes every time we're there. We should stop going."