Why on Earth have the Wachowskis put the skids on their dazzling summer blockbuster? 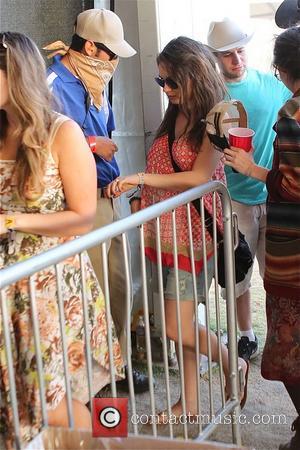 Jupiter Ascending won't see release until February next year, it has recently been announced. The unusual, late minute move marks the movie's opening pushed back seven months despite promotion for the sci-fi blockbuster having reached a peak.

We were excited way back in March for the Wachowski brothers futuristic slingshot into space, which stars Mila Kunis, Channing Tatum and Sean Bean but have now been told that we'll have to wait until next February to see the movie's special effects, which look to be awesome.

It is actually the special effects department that has reportedly delayed the movie. "With the July release date, they were just not going to make it on time," said Warner Bros. domestic distribution chief Dan Fellman, via Variety. "A lot of the issue for us was getting it ready for the international release, since the foreign territories need additional time."

More: 'Jupiter Ascending' delayed - is this better for the Wachowskis?

He revealed that the Wachowskis need more time to complete about 2000 special effects shots for the $150 million movie. Fellman then noted that the new release date is now the same weekend that Warner Bros.' The Lego Movie opened this year.

The Lego Movie experienced runaway success lasting weeks at the top of the box office partly because there was nothing of its size to rival it at the time. Therefore, moving Jupiter could be a risky but cunning move from the studios to make significantly more money from the sci-fi adventure than they would have if they'd stuck with the July release. The extra promotional space won't exactly hurt either.

In the film, Kunis stars as the titular Jupiter, a lowly cleaner here on Earth, whose life is turned upside down when she is sought out by the half-man, half-wolf, elf-eared Caine (Tatum). Jupiter learns that she is actually a galactic queen and quite possibly the most special person on Earth.

Jupiter Ascending will be released on the 6th February 2015. It's The Special Effects That Have Warranted A Later Release For The Channing Tatum-Starring 'Jupiter Ascending.'