The memorable sex scene in 'Black Swan' - starring Mila Kunis and Natalie Portman - has been voted the best of all time by UK cinemagoers. 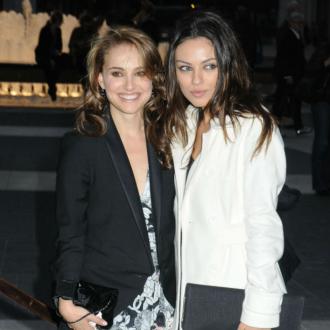 Mila Kunis and Natalie Portman's steamy action in 'Black Swan' has been voted the best sex scene of all time.

The Hollywood duo - who play ballerinas in the Darren Aronofsky-directed psychological thriller - engage in some memorably X-rated action in which they share a passionate kiss before tearing each other's clothes off.

The jaw-dropping scene in 'Black Swan' topped the list based on a poll of 2,124 British adults, conducted by VouchersCodePro.

Other iconic movies to feature in the list included 'Titanic', 'Pretty Woman' and 'Dirty Dancing'.

The results of the poll were released shortly after Natalie - who won an Academy Award for her performance in 'Black Swan' - admitted to being thankful that she grew up in an era before social media.

The 34-year-old actress said: ''I was in that lucky window: there was no Twitter, Facebook or Instagram. I went out and got drunk with my friends and no one knew.''