Mikill Pane's new single, Kings, is the lead single from his new EP, The Morris Dancer, which was released on February 13th 2012 and is currently sitting at number two in the iTunes Hip-Hop Chart. Kings also features the vocals of Ursa Minor (Little Bear)'s Yoshee. His debut album is called Blame Miss Barclay and will be released sometime in 2012.

The video for Kings was directed by Ryan Vernava and contains flashing images as Mikill writes the phrase 'Kings + Queens' in red pen.

The Morris Dancer also includes a track,Cut Back, which features vocals from the aforementioned Ursa Minor (Little Bear). The song is currently being used in an Nationwide O2 Academy /Fair Share Music advert. 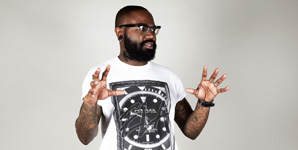