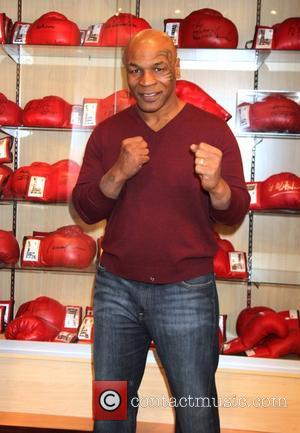 Boxing champ-turned-movie and TV star Mike Tyson has revealed his first fight was over a pet bird.
The fearsome sportsman and avid pigeon fancier will go public with his love for bird racing in new reality show Taking on Tyson, which premieres in America next month (Mar11) - and he insists he's always been a fan of his feathered friends.
And it was defending his passion as a child that first made him realise he was a fighter.
The Hangover star says, "I was nine or 10 years old, and I have 200 birds (sic). I showed the birds to people who I thought were my friends, and they got a bunch of guys to come and snatch my birds.
"One guy said, 'You want it?' There was blood on my face, and I tried to fight him. I was scared to death.
"I didn't really beat him up, but I hit him more than he hit me so I thought I won... That was the beginning of my fighting life."