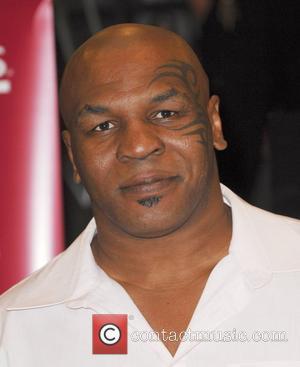 Boxing champ Mike Tyson refuses to read the coroner's report detailing how his daughter Exodus died, because he fears he will lose his temper if he discovers who was to blame.
The retired sportsman is still struggling to come to terms with the loss of the four year old, who died after she was found unconscious, hanging from the power cable of a treadmill in her Phoenix, Arizona home in May (09).
Tyson has previously broken his silence about the tragedy, admitting he was in denial.
He said, "I really was beating myself up over my daughter. I was staying in the house, depressed; it was a dark moment in my life. I am working with dealing with it."
The former boxer has now opened up about the tot's death to talkshow titan Oprah Winfrey, admitting he does not know the details surrounding the accident - and he may never do.
He explains, "Because if I know, then there might be a blame for it. And if there's somebody to blame for it, there will be a problem."
So Tyson, who has five other children, is keeping his notorious temper in check by focusing on his family: "I was so happy that I had the tools in life, you know, to not go in that direction (dealing with the pain with anger) because I've been that direction. My family - that's my biggest asset."
The interview will air in the U.S. on Monday (12Oct09).