The former world heavyweight champion quickly slammed on his breaks and stopped oncoming traffic to help a severely injured motorcyclist.

Mike Tyson came to the rescue! The American boxing legend was recently a real-life hero as he rushed to save a severely injured motorcyclist after he crashed on a freeway just outside of Las Vegas. 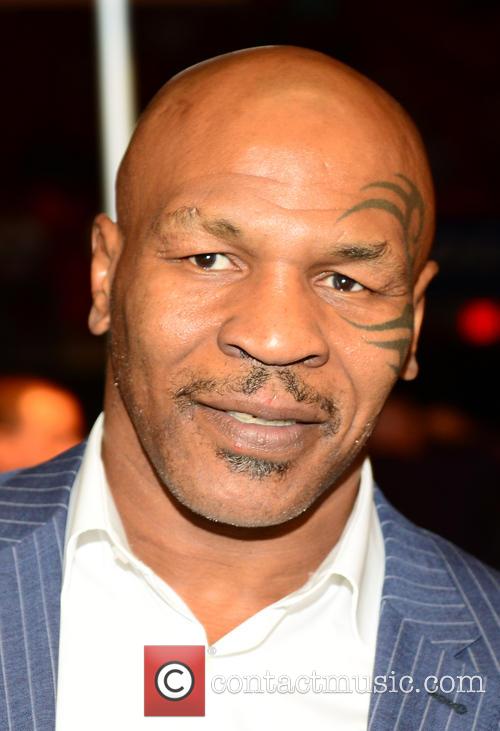 Tyson helped an injured motorcyclist after crashing on a busy freeway

Tyson, who was travelling to Sin City in his own vehicle, stopped traffic to rush to the aid of rider Ryan Chesley who went flying off his motorbike after a cab cut him off on the busy road, TMZ reports.

Chesley told the gossip site the former world heavyweight champion slammed on his brakes and stopped other oncoming vehicles from striking the injured motorcyclist, furthermore Tyson sat with Chesley and spoke in a soothing manner, until EMT’s arrived on the scene, to prevent him from falling into shock.

The 48 year-old former fighter, who has made a career out of bizarre incidents, including biting the ear of Evander Holyfield in their 1997 clash, appears to be as good at helping people as he is at hurting them.

As a result of the crash, Chelsey told TMZ he sustained broken bones, torn muscles, ligament damage, nerve damage and needs shoulder surgery. Chelsey also revealed he sent Tyson a thank you note and fruit basket to show his appreciation for his help.

More: T.I. Vs. Mayweather, And 5 Other Rappers Who Clashed With Athletes

“Dear Iron Mike, Thank you so much for looking over me after my accident,” the crash victim wrote in a thank you note. "It has to be the most reassuring thing in the world to have Mike Tyson telling people not to touch me.”