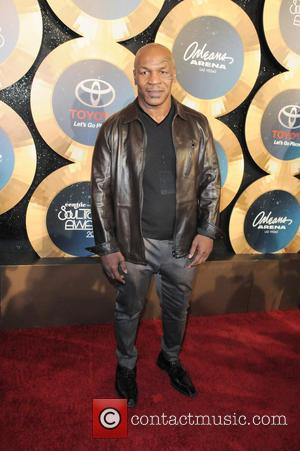 Picture: Mike Tyson - Photographs of a variety of stars as they arrived at the Soul Train Awards 2014 which were held at Orleans Arena in...

Mike Tyson hopes to broaden his acting repertoire by starring in a Tv version of William Shakespeare's Othello.

The boxing icon has previously made cameo appearances in The Hangover franchise and Scary Movie 5, but he now thinks it would be "awesome" to assume a more serious role.

Tyson admits he would struggle in a stage show, but hopes to challenge himself with a part like Othello.

He tells Britain's Daily Mirror newspaper, "I absolutely want to do Shakespeare. I was just talking to somebody and he quoted 'First thing we do, let's kill all the lawyers', and we laughed and then he said that came from Shakespeare's Henry Vi, all the lawyers. Shakespeare said that. He had such powerful insights. I don't know which exact role I would want, but I know it would be challenging to do Othello. I couldn't do a performance on the stage as it would be mortifying and the camera filming a show would be easier for me. The role is very complex and would need a lot of studying. I would need to work on my linguistics. Wouldn't Shakespeare be awesome? That black guy... could you imagine me in Othello."