14 years after the third movie 'Goldmember' was released, Mike Myers has suggested that he'd one day like to make a fourth 'Austin Powers' film.

Two decades after the original movie became a cultural sensation and a rather unlikely franchise hit, Mike Myers has admitted that he would like to make a fourth Austin Powers movie one day.

The Canadian actor and filmmaker, 53, revealed that the comedy spy movies, spoofing James Bond and English culture in three instalments between 1997 and 2003, were created as a “tribute” to Myers’ father, who died in 1991.

Speaking to The Hollywood Reporter on Thursday (April 27th), he said: “After my dad died in 1991, I was taking stock of his influence on me as a person and his influence on me with comedy in general. So Austin Powers was a tribute to my father, who [introduced me to] James Bond, Peter Sellers, The Beatles, The Goodies, Peter Cook and Dudley Moore.” 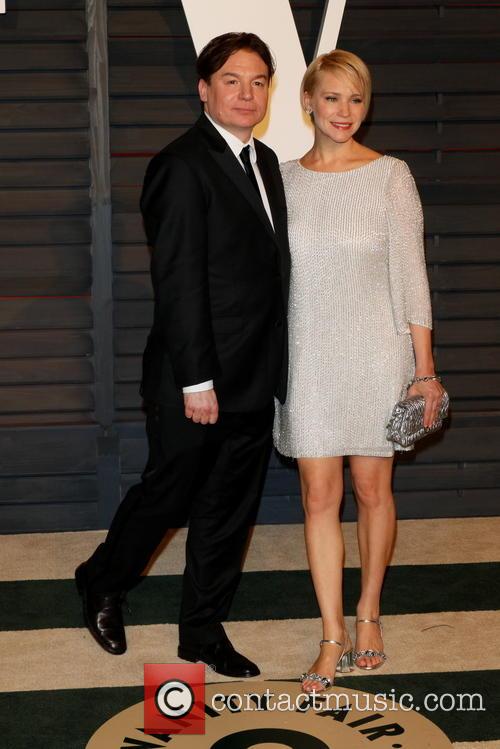 Mike Myers with his wife Kelly Tisdale in 2015

“I would love to do another, but you just have to see. I was devastated by my father’s death. But to have that turn into something that makes people happy is unbelievably satisfying. It’s that kind of stuff you never get used to or get tired of.”

Furthermore, more than a dozen of the film’s cast and crew, including Elizabeth Hurley (‘Vanessa Kensington’) and Robert Wagner (‘Number Two’) got together for a 20th anniversary feature about Austin Powers.

Last year, the films’ director Jay Roach floated the same idea, saying that there were outside hopes that Austin Powers might return over a decade after Goldmember.

“I would say it’s in a latent phase right now but someday if we find the right idea that seems to have it earn itself, for sure," he said. "Mike gave me the break of a lifetime in letting me direct so I’m always good to go.”

More: ‘Shrek’ theme park mooted for London as another movie is floated [archive]