Actor Mike Myers Battled An Attack Of The Nerves As He Prepared To Revive His Wayne's World Sketch For The Star-studded Saturday Night Live 40th Anniversary Special Earlier This Year (15), Because He Had No Time To Rehearse. 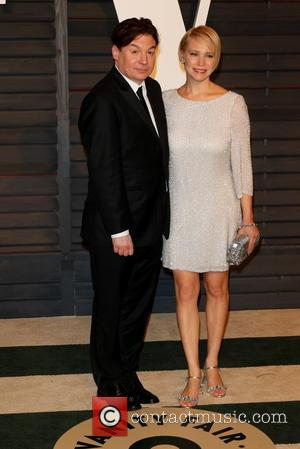 Picture: Mike Myers and Kelly Tisdale - A host of stars were photographed as they attended the Vanity Fair Oscar Party which was held at the...

The comedian reunited with his pal Dana Carvey and reprised their beloved slacker characters Wayne Campbell and Garth Algar for the U.S. TV special in February (15), but Myers reveals the sketch almost didn't happen because he "never received a formal invitation" to join in the anniversary bash.

SNL's executive producer Lorne Michaels reached out to the Austin Powers funnyman just over a week before the live taping and asked, "Mike, any chance of a Wayne's World?"

He tells U.S. TV host David Letterman, "I'm like, 'Am I invited?' So I wrote it and (Michaels said), 'There won't be a chance to rehearse, is that OK?'

"I have never done anything without a rehearsal. I was scared. Dana and I had never rehearsed it."

But Myers' fears were eased by his comedy sidekick Carvey, who urged him to stop worrying and just enjoy the moment as they geared up to go live.

Wayne's World was a recurring sketch on SNL in the late 1980s, but it became so popular with fans, Myers and Carvey adapted it for the big screen and released the first Wayne's World film in 1992. A sequel followed in 1993.