Myers and Fallon performed a number of intriguing dance moves prompted by random instructions on 'The Tonight Show' this week.

Mike Myers accepted an improvised dance-off challenge with chat show host Jimmy Fallon when the comedy actor appeared on ‘The Tonight Show’ this week, in what ballooned into an Canada vs USA contest in tracksuits.

With 53 year old Myers appearing all in red with ‘Canada’ emblazoned on the front, Fallon in a similar blue tracksuit, each was holding a giant dice with different and somewhat unusual dance moves written on the sides.

Going first, Myers had to perform ‘Perpetual Motion’, for which he reached into his Austin Powers repertoire to bust out some impressive moves. 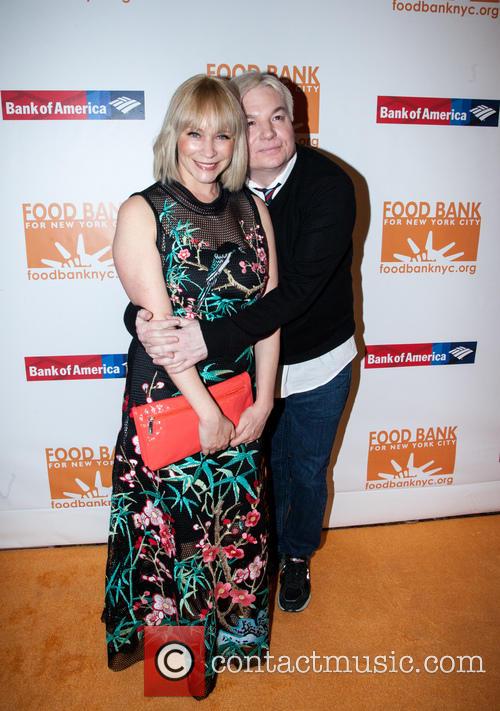 Mike Myers with his wife Kelly Tisdale in 2016

Fallon then rolled his dice, which came up with the instruction ‘Which Pocket Did I Put My Keys In?’. Patting his pockets in time to the music performed by the house band, the host impressed the crowd with a stylish move.

More: Ever wondered what Metallica’s ‘Enter Sandman’ sounds like on classroom instruments? Wonder no more [video]

Myers’ second instruction ‘Hot Poutine’ – a potato-and-cheese-based snack popular in Canada, for those not in the know – saw him pretend to get his fingers burned, which Fallon followed with ‘Windy Plastic Bag’. Starting laid down on the floor, the 42 year old host sprang to his feet via a worm-based dance move that belied his years.

He was pretty tired after that, wheezing at Myers: “Why are we doing this? We don't have to fight. Plus, I'm very winded. Why don't we come together and dance with each other?”

The actor agreed, and they both performed a grand finale called the ‘Slip n Slide’, which both saw them take a running leap and land on the floor. Honours even!

Myers appeared on the show to talk about his recently released book, described as “part memoir, part history”. His 1992 breakout movie hit Wayne’s World is also returning to cinemas later in 2017 to mark its 25th anniversary.