R&b Star Miguel Is Calling For Supporters Of U.s. Presidential Hopeful Donald Trump To Take "Responsibility To Not Be Ignorant" When Voting For The Controversial Candidate. 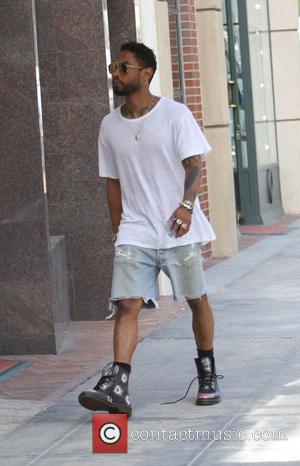 The real estate mogul and reality TV star is currently the frontrunner as the Republican candidate for next year's (16) election, but he has also gained a number of opponents, especially among the Latino community for his remarks on keeping Mexican immigrants out of America, claiming many of them are "rapists" who bring drugs into the country.

Miguel, who is half-Mexican, is among the many Latino celebrities who are speaking up against Trump, and when asked how voters should respond to the politician's campaign, the singer told NME.com, "There's a tremendous responsibility that we all have just to not be f**king ignorant."

"It's really sad that even at that level there is this ignorance that exists," he adds. "I think issues of racial, economic, social, sexual discrimination, these discriminations are a worldwide thing, a human thing. It doesn't only exist in the States, it doesn't only exist (here) in the U.K., it's everywhere. Everywhere there are people that believe that other groups you know, based on however you wanna categorise them are lesser people in some way shape or form."

The Adorn singer was also asked about Trump's upcoming gig as guest host on U.S. comedy show Saturday Night Live, and Miguel admits he probably wouldn't accept an invitation to be the musical guest if asked to appear the same night as Trump.

"His ability to aggregate attention is valuable to a network, a business where advertising is the source of income," he explained. "And that means you need as much attention as possible. If I was asked to perform on the same episode as Donald Trump, I would be faced with the same decision as the network. And me being who I am I would definitely decline, probably at my own detriment."

Trump will host SNL for the second time on 7 November (15), with musical guest Sia.