Miguel has been charged with two counts of driving under the influence (DUI) stemming from his arrest in Los Angeles on August 15. 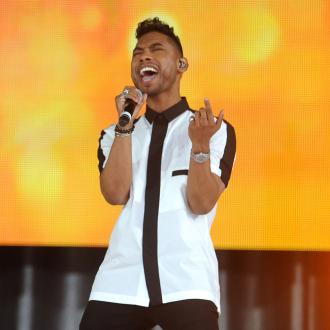 Miguel has been charged with driving under the influence (DUI).

The 'Beautiful' hitmaker, who was arrested on August 15 after being pulled over by police in Los Angeles for speeding in the early hours of the morning and officers discovered his blood alcohol level was slightly above the legal limit in California, was charged with two counts of drunk driving stemming from the incident on Wednesday (04.09.13).

Miguel, whose full name is Miguel Jontel Pimentel, was cooperative following his arrest and was released on $5,000 bail.

The 27-year-old singer's case is set to go before a judge next week, according to gossip website TMZ.com.

Miguel last hit the headlines in June when he accidentally kicked a fan during his performance at the Billboard Music Awards.

The singer-songwriter leaped from one stage to another while singing 'Adorn' and caught his leg on the back of Khyati Shah's head, slamming it into the platform.

While it had been claimed Miguel was warned the jump was too dangerous to attempt, his spokeswoman denied this.

Speaking after the incident, she said: ''The reports claiming that Miguel was warned by producers not to jump are completely false. A number of attempts were made to reach Khyati and her lawyer after the performance to see how she was doing and whether any assistance could be offered. Khyati's well being has been and continues to be of the utmost concern to Miguel.''