Don't try this at home, kids. Don't try it anywhere at all. 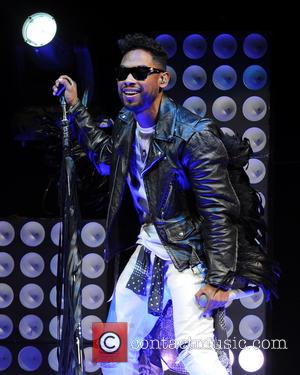 George Watsky’s 30ft stage dive was pretty inexcusable, but it probably felt fine at the time. But there are very few things that feel fine at the time that are actually alright, like swearing, ducking ordering a dessert and buying a scarf.

A 30ft stage dive – again – is not cool. He didn’t really hurt himself; he suffered a few bad bruises, a cut or two and some damaged pride, but it was the girl with the broken arm leaving the worst off, while another man was hospitalised.

“It was stupid and wildly irresponsible, plain and simple,” said Watsky. “I have no excuse for my actions, and the only way I can explain my mindset is that it was a huge overreach in the heat of the moment.”

Watsky insisted, however, that drinks and drugs weren’t involved, even though it would have been slightly more excusable. The incident is reminiscent of Miguel, who thought it would be okay to do a sort of jump kick off stage; he ended up kicking a girl in the head.

Is Eminem faster then Watsky?

The rapper added: “I feel f***ing terrible. I made a boneheaded decision that got people hurt, and it’s extremely lucky it wasn’t worse. Putting your own body on the line is one thing, but putting other people in harm’s way is inexcusable.”

Watsky also said that he won’t be cancelling any dates because of the incident, but he will try and make amends, first by visiting the man he put in hospital to say sorry for what he did, and then – we’d assume – he’ll visit the girl with a broken arm and sign her cast. Unless one of them tries to sue him first…