Around two and a half years on from their explosive and politically charged debut No Name No Colour, Middle Class Rut return with Pick Up Your Head, another aggressive collection. Although Pick Up Your Head seems far less politicised, there is still a great deal of anger and passion on display here. 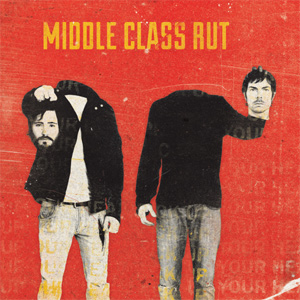 The album kicks off with the hyperactive cacophony of Born Too Late which comes across as an updated version of Nine Inch Nails' Wish. The guitars and vocals wrestle for space but the clear winner here is the drums, which are at full force, front and centre in the mix.

After this, the album takes on a little more restraint with songs such as Leech and Weather Vein, which take in a kind of Led Zeppelin stomp in terms of the percussion, and are much more groove based in their approach. The mix is thick with layer upon layer of instruments and reverb and the vocals soar, calling to mind Perry Farrell from Jane's Addiction. It is excellent to hear Middle Class Rut really spreading their wings and stretching themselves into new shapes which are far removed from their Rage Against the Machine aping debut album.

By Ben Walton in Music Reviews on 26 November 2010

Political rock music is a dangerous path to follow. At its best it can inspire thought and action on a mass level while delivering some kick ass tunes as well (for example Rage Against the Machine), but at its worst, it can seem tired, out dated and lazy, just like The Smashing Pumpkins' Zeitgeist album, or any one of the thousands of pop punk bands who wrote Bush-baiting slabs of vitriol (yes, I'm looking at you Green Day). No Name No Colour comes across as well thought out but not preachy and features some great moments. 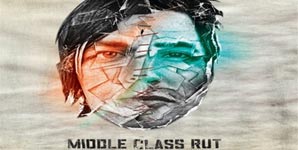