Rourke To Marry In Russia? 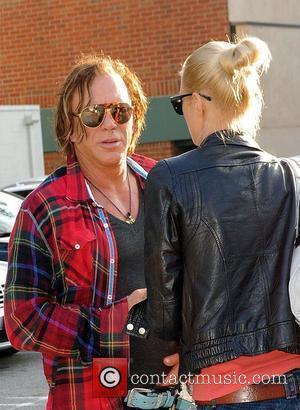 Mickey Rourke is to marry for the third time - he's planning to wed his Russian girlfriend in her native country next year (10), according to a U.S. report.
The Wrestler star is currently dating 24-year-old model Elena Kuletskaya, who is teaching him to speak Russian for his upcoming role as a Soviet villain in Iron Man 2.
He sparked speculation the couple's relationship had stepped up by treating Kuletskaya's mum to a special day out in Los Angeles earlier this year (09) - and now they are preparing to walk down the aisle in April (10), according to New York gossip column PageSix.
A source tells the publication, "They haven’t booked a venue or made any solid plans. He just knows he wants to do it in April, and he’s been asking what is involved in a traditional Russian wedding ceremony."
The actor has been married twice before - he divorced Debra Feuer after eight years of marriage in 1989, before marrying Carre Otis in 1992. They split in 1998.