Mickey Rourke has little time for other actors and says many of them ''suck'' at their jobs. 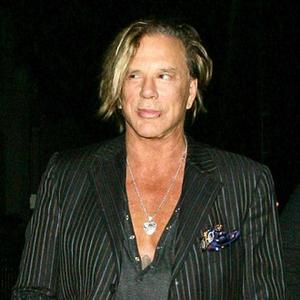 The 57-year-old star - who received critical acclaim for his role as Randy 'The Ram' Robinson' in 'The Wrestler' - believes few people in Hollywood are as professional as they let on and claims many of them "suck".

He said: "You can be less than mediocre and be a f*****g movie star. I have respect for very few actors and actresses. Some of them get a lot of acclaim but just because their movie made $200 million at the box office; they still suck. I got no respect for them and I used to let them know it."

However, the leading man now prefers to keep out of arguments with other actors, and maintains dignity when he doesn't like a co-star.

He told Parade.com: "It was important for me to put that aside and go, 'You know what? This is a business. If you kiss the right a*s and you get lucky on a movie or two, you could last 10 years.' So, now, I just keep my mouth shut and pet my chihuahuas."

Recently Mickey revealed his distaste for one nameless actress, who he claimed "s**ts herself" whenever filming begins.

He said: "If they know their work, fine, if they're don't, f**k 'em. I worked with an actress recently who, despite having a reputation as a 'good actress', s**ts herself when that little red light comes on. She's fooled everyone into thinking she's a lot better than she is. 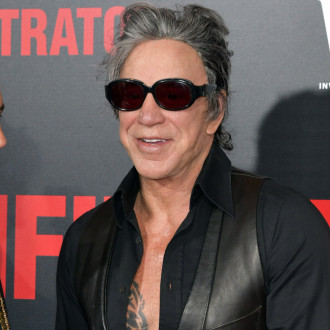 Mickey Rourke and Vivica A. Fox starring in comedy Not Another Church Movie