Mickey Rourke claims he did not pull out of starring in the 'Expendables' sequel as he never agreed to take part in it in the first place. 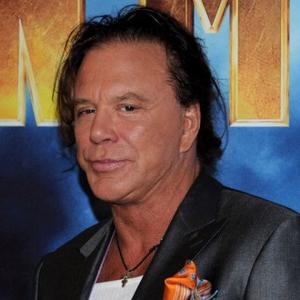 The actor appeared in the first Sylvester Stallone-directed film because he felt he owed him a favour, but although he was initially announced to be returning for the sequel, he claims it was never something he considered.

He said: "I did the first one because I felt that I owed Sly a favour. He gave me a job in 'Get Carter' when I couldn't f**king shine my shoes, you know what I'm saying? And that was that.

"The other thing around that, I had never said I was going to be in it. I think the producers announced it but nobody discussed it with me."

However, one project he is particularly excited about is his movie version of the story of gay rugby player Gareth Thomas.

He told Craveonline.com: "I'm getting ready to do one of them now, the story of the rugby player who came out and announced he was gay. Gareth Thomas, the Welsh captain. That's called 'The Beautiful Game'. We're going to shoot that in April."