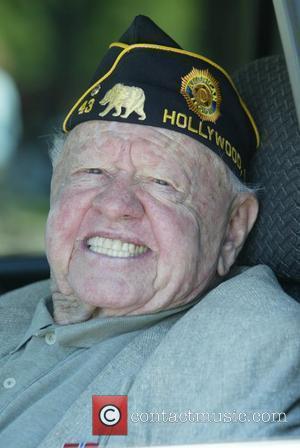 Movie veteran Mickey Rooney gave Marilyn Monroe her famous moniker after telling her Norma Rae wasn't Hollywood enough. The NIGHT AT THE MUSEUM star met the wannabe actress at a party and was captivated by her look, but not her name. Rooney recalls taking the starlet home that night and helping her define her famous name and image. He tells Premiere magazine, "I said, 'Something tells me you have a wonderful chance - but you gotta change your name: There was a wonderful star named MARILYN MILLER, and nobody's used it (name). You should be Marilyn.' "Then the phone rang and it was a guy I used to write scripts with whose name was TOM MONROE... She said, 'Who were you talking to?' 'I was talking to your last name... You're Marilyn Monroe.'"