Veteran rocker Mick Jones is teaming up with The Farm and '80s star Pete Wylie to play concerts in aid of victims of Britain's worst ever sporting disaster.
The former The Clash star has joined the bill of the Justice Tonight tour next month (Dec11), to promote the Hillsborough Justice Campaign.
The organisation acts on behalf of those affected by the 1989 Hillsborough Disaster, when 96 soccer fans died and hundreds more were injured in a horrific crush at a sports ground in Sheffield, England.
The families of many victims believe the full truth of the causes of the horror have never been revealed, and Jones insists he is delighted to help the campaign.
He tells NME magazine, "Me and Pete Wylie went to play a benefit show for them earlier this year. And now we've been given access to a lot of the (legal) papers (about the disaster), so we're maybe getting a bit closer to finding out what happened, but obviously we need money to go through all that stuff.
"So me, Pete Wylie, and The Farm all thought we might as well try and do a tour." 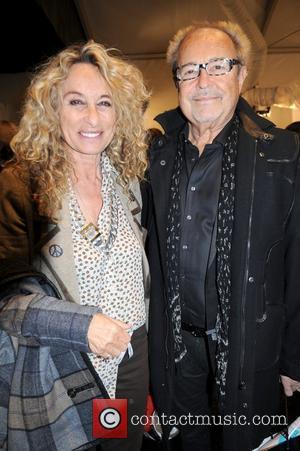