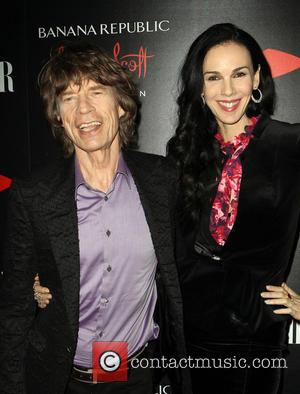 Mick Jagger's tragic designer girlfriend L'Wren Scott was planning to close her debt-ridden company when she took her own life in New York on Monday (17Mar14).

She claims Scott was planning to announce the closure of her namesake company on Wednesday (19Mar14), but added, "As painful as the decision must have been for her, I wouldn't draw any conclusions from it about her state of mind."

Horyn confirms reports suggesting Scott was in financial trouble, revealing a little unsolicited business advice put a strain on her friendship with the designer.

The critic added, "I told her she should give herself time to resolve matters or get out. Putting her health in jeopardy because of stress was not worth it, I told her."

The two old friends reconnected after the death of Horyn's partner Art Ortenberg last month (Feb14), and the journalist reveals her pal sounded "run down and discouraged" during their last chats, but she didn't expect Scott to take her life.

The journalist stated, "Her death is inexplicable to me. It makes me angry."