The Rolling Stones have announced their first international exhibition, titled 'EXHIBITIONISM', which will open at London's Saatchi Gallery in April 2016. 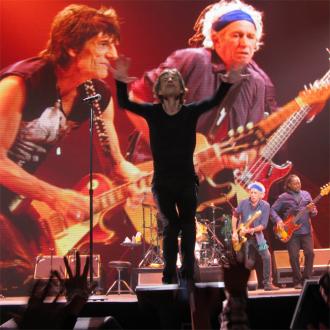 The Rolling Stones have announced their first international exhibition.

The major display, named 'EXHIBITIONISM', will open to the public on April 6 2016 at London's Saatchi Gallery and will run until September of the same year, with frontman Sir Mick Jagger saying it is something they have been planning for a while.

He said: ''We've been thinking about this for quite a long time but we wanted it to be just right and on a large scale. The process has been like planning our touring concert productions and I think that right now it's an interesting time to do it.''

The showcase, which promises to be ''the most comprehensive and immersive insight'' into the 'Satisfaction' hitmakers, will feature over 500 items from the band's personal archives and will be housed over two floors at the gallery in Chelsea - an area which was key in launching the band.

Guitarist Ronnie Wood said: ''The scene was great down the King's Road in the 1960's. That was where you went to hang out to watch the fashions go by. So it is appropriate that our EXHIBITIONISM will be housed at the wonderful Saatchi Gallery.''

As well as unseen artefacts, the exhibition will show the band's progression during their career of more than half a century, including unseen video clips, personal diaries, video clips, unique cinematic shows, and collaborations with a host of artists including Andy Warhol, Alexander McQueen and Martin Scorsese.

Tickets for 'EXHIBITIONISM' go on sale to the public next week on Friday July 10 2015 at 9am BST via www.stonesexhibitionism.com and 10am BST from Saatchi Gallery.