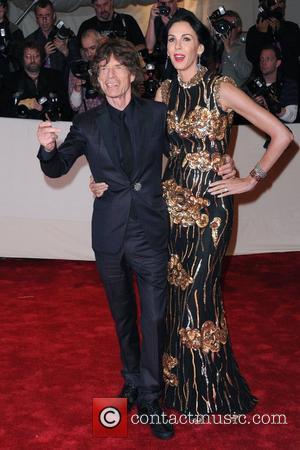 Sir Mick Jagger rejected a joke by legendary comedian Steve Martin for The Rolling Stones' Super Bowl appearance in 2006.
The British rockers were asked to play the prestigious half-time show at the annual American football event, but despite their mass back catalogue of classic hits, Jagger was also keen to include some jokes during the short set.
He asked Martin to supply some material and the funnyman was happy to help out - but Jagger rejected Martin's offering when it came to showtime.
The Parenthood star tells Q magazine, "I was in Lorne Michael's (producer of U.S. show Saturday Night Live) office once, when Mick Jagger phoned up looking for some comedy material. The Stones were playing the Super Bowl, and he wanted to say something onstage.
"So I gave him what I thought was a good opening line to say in front of 46,000 people: 'Please, no photographs'."
But Jagger decided not to use the joke when he took to the stage, instead greeting fans with a simple, "How are you doing, alright?"