Sir Mick Jagger gets ''jealous'' when Keith Richards works with other people, and Keith believes that's why Mick decided to reform The Rolling Stones. 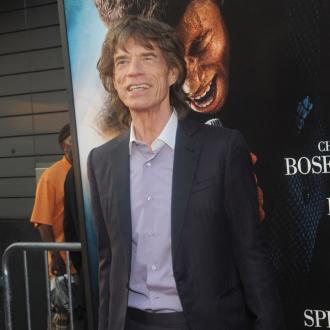 Sir Mick Jagger gets ''jealous'' when Keith Richards works with other people.

The Rolling Stones guitarist believes part of the reason the group toured again in 2013 was after his bandmate learned he was recording a solo album.

Keith said: ''I started [the record] when we were in hibernation, in 2007-8, so there's been no time pressure.

''I have a feeling that when Mick found out about it, he said, 'Let's get the Stones working again.'

''He doesn't particularly like to work with me all the time, but he doesn't want me to work with anyone else, either. He's a bit jealous in that way.''

While Keith admits he felt ''disloyal'' working on 'Crosseyed Heart', his third solo LP, and the rest of the band thought he was ''crazy'', he enjoyed the experience of recording alone.

He told MOJO magazine: ''It's funny because there's one part of you saying, 'You're being disloyal.'

''Then you get all the other Stones thinking, 'You're crazy, why do you need to go out and do that?'

''And I didn't really need to do it, I just enjoyed doing it.

''It's an interesting way to work, just me and Steve [Jordan], which makes it fairly cheap. There's none of the logistics involved in getting a whole band together, and after a while it started to fall into a nice groove.''