Sir Mick Jagger honoured his late girlfriend L'Wren Scott by wearing a cape designed by the star at his show. 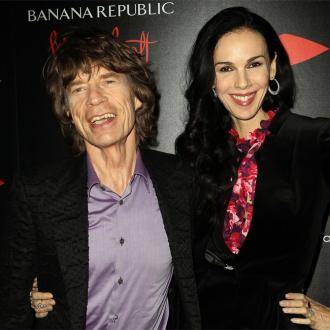 Sir Mick Jagger honoured his late girlfriend L'Wren Scott by wearing a cape designed by the star at his show.

The 71-year-old rocker kicked off the Rolling Stones' north American Zip Code tour on Sunday evening (24.05.15) by wearing the red feather cape, based on a black version which the fashion designer made for him before her death last year.

A source close to the band told the Daily Mirror newspaper: ''This was Mick's way of showing that L'Wren lives on - it was one of her favourite pieces that she had designed for him so he wears it on this tour as a special tribute to her.''

L'Wren began dating the musician in 2001 but was tragically found dead in her Manhattan apartment in New York City in March 2014, with police confirming the cause of death as suicide.

The acclaimed stylist - who also worked with Madonna and Julia Roberts during her career - reportedly created the original cape for one of the band's former tours, with the replica being one of six costumes which he wore at Petco Park in San Diego.

Meanwhile, the latest tribute comes just a month after the 'Paint It Black' singer honoured the designer with a Twitter post on what would have been her 50th birthday (28.04.15).

Along with a picture, he wrote: ''Remembering L'Wren on her birthday Photo by Jean Pigozzi (sic).''