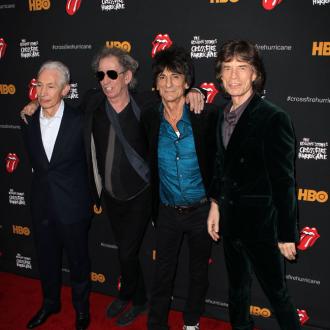 The music legends are preparing for their return to London this summer at the Barclaycard Presents British Summer Time Hyde Park concert on Saturday July 6 and member Keith Richards admits he and the rest of the band - Ronnie Wood and Charlie Watts - act as a ''safety net'' for the frontman while they practise.

In an interview with Absolute Radio's Andy Bush, Keith revealed: ''We let Mick call the shots up to a point and then either Ronnie, Charlie or me might say, 'Hey, but don't forget this or let's take this down a notch and tempo'.

''So it's a sort of free for all, but I mean basically Mick calls the shots, because as I say we're working with a front man here and he's got to feel comfortable.

''Rehearsals are about Mick feeling really, really comfortable that the band is right there - no matter what he does and that's what we do, we jump around like a safety net.''

The band last played at the iconic venue 44 years ago and following the massive success of their '50 and Counting' shows last year, Mick joked he may be ''addicted'' to the stage.

He mused: ''I think people do generally get addicted to being on stage. It's like an adrenaline high that's what attracts you to performing really, the high of performing.

Absolute Radio are the Official Radio Partner for Barclaycard Presents British Summer Time Hyde Park, with tickets going on sale at 9am on Friday (05.04.13) from the Absolute Radio Ticket Store at: www.absoluteradio.co.uk/tickets