Rolling Stones Movie In The Works 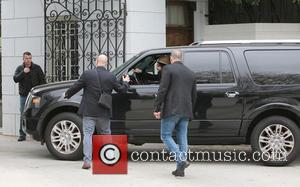 A movie detailing the story of Sir Mick Jagger and Keith Richards' notorious 1967 drugs bust is in the works.

The Rolling Stones stars were arrested following a police raid on Richards' Sussex estate, and they were both convicted of drug charges and handed prison sentences, which were subsequently lifted.

The pair was represented by legal heavyweight Sir Michael Havers, father of British actor Nigel Havers, and the screen star is now working on a movie project based on his father's famous case.

Havers, who was a teenage schoolboy at the time of the Rolling Stones court battle, has a script in place and is looking for funding to get the project off the ground, according to Britain's Daily Mail.

The actor says, "When my father defended Mick and Keith, it was the first major celebrity drugs case. They came to our flat and I got to know them. But I was sworn to secrecy. I couldn't tell my school friends because it would sound as if I was showing off."