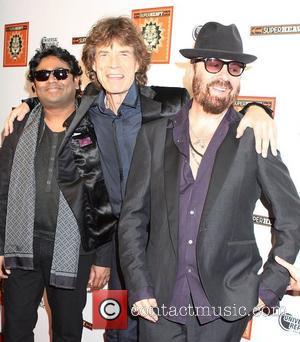 Mick Jagger has signed on to host the season finale of U.S. comedy show Saturday Night Live.
The Rolling Stones star has never fronted the weekly programme, which is aired live on America's east coast, but he has twice appeared as the musical guest - footage from the Stones' 1978 appearance on the show features on the band's new concert Dvd The Rolling Stones: Some Girls Live in Texas '78.
Reports suggest he will also be the musical guest when he hosts the show on 19 May (12).
Jagger made a cameo as comedian Jimmy Fallon's reflection during a skit on Snl in December (11).
The rocker's decision to front the programme comes as the Rolling Stones celebrate their 50th anniversary.
American football star Eli Manning and former Snl regular Will Ferrell have also signed up to host shows on 5 May and 12 May (12), respectively.