Mick Jagger to be great grandfather

The Rolling Stones legend Sir Mick Jagger is to become a great grandfather next year, with his daughter Jade's eldest girl Assisi expecting her first baby. 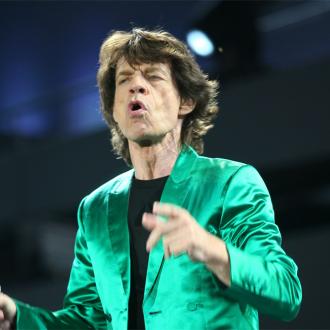 Sir Mick Jagger is to become a great grandfather.

The legendary rocker will get the title in 2014 when his daughter Jade's eldest girl Assisi is expected to give birth to her first child, and he has said to have joked the future baby could have one of their own before he retires.

An insider told the Daily Mirror newspaper: ''She and Alex are thrilled and broke the news to their immediate families last week.

''Jade was a little taken aback at first, not least because it means she will be a grandmother by the age of 42. She's expecting some ribbing from her showbiz pals.

''Mick is delighted and has no qualms about being a great grandfather. He's been joking about becoming a great, great, grandad and still performing!''

The Rolling Stones singer could be set for a busy year if he assumes a hands-on role in the child's life as it was previously reported he is looking to create his own music festival in Rio de Janeiro in Brazil.

A source had said: ''Mick has put some feelers out in Brazil to put on a big show.

''The plans are ambitious but if he pulls it off it will be huge. The whole vibe of the event is very much 'flower power' and the same hippy values that Glastonbury prides himself on.

''The publicity drive will begin in the next six months or so but there's no doubt there will be big names on the bill.''