'England Lost' and 'Gotta Get A Grip' talk about what's happening in the UK.

Mick Jagger addresses the political state of the UK in the only way he knows how; with two brand new solo singles and accompanying videos which tell his fans unapologetically what he thinks about Brexit and other issues. It was only a matter of time after all. 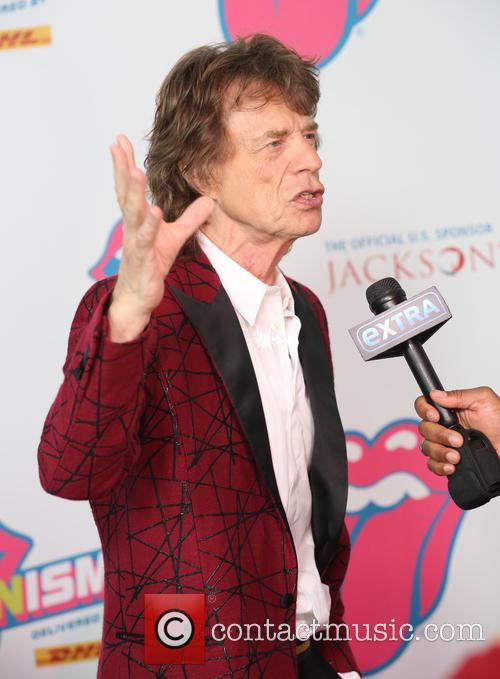 The Rolling Stones frontman launched two songs entitled 'England Lost' and 'Gotta Get A Grip' yesterday (July 27th 2017) where he gets deadly serious about everything from Brexit and immigration to ISIS and LA culture. Plus, there's new two videos both directed by Saam Farahmand.

'England Lost' is a bit of a bluesy punk number with a black and white video starring 'Beauty and the Beast' actor Luke Evans. He plays a businessman who finds himself being followed through the streets by a mysterious figure. Then everyone seems to following, and he's running from them all until he reaches the beach where he can run no further. A little girl tells him to 'pull [himself] together' before leading the crowd of people away, and Luke follows whistling 'Land Of Hope And Glory'.

'It's about the unknowability about where you are and the feeling of insecurity. That's how I was feeling when I was writing', Mick Jagger told Rolling Stone of the track. 'It's obviously got a fair amount of humour because I don't like anything too on the nose but it's also got a sense of vulnerability of where we are as a country.'

Then you've got 'Gotta Get A Grip' which is more of a dance rock anthem. The video stars Jemima Kirke from 'Girls' and it shows a really intense nightclub where everybody is drenched in sweat and acting totally wild. 'The message I suppose is - despite all those things that are happening, you gotta get on with your own life, be yourself and attempt to create your own destiny', Mick said.

A slightly different version of 'England Lost' featuring Skepta has also been released, as well as a remix of 'Gotta Get A Grip' by Kevin Parker.