Mick Jagger's Love Letters To Be Sold At Auction 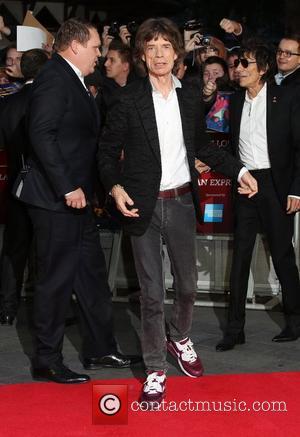 A former girlfriend of Mick Jagger, singer Marsha Hunt, is auctioning off his love letters to raise money to pay her bills.

The Rolling Stones frontman famously penned the controversial hit Brown Sugar about Hunt, with whom he had a tumultuous relationship in 1969 and who is the mother of his first child, Karis Jagger Hunt.

Ten letters are being sold, all written in July and August 1969 when Jagger was filming Ned Kelly in New South Wales, Australia and show the star as an articulate, dreamy and sensitive young man, heavily influenced by the poetry of Emily DICkinson at the time.

Hunt is adamant the secret notes are a unique part of British culture and rock history but admits she would have offered them to a public institution had she not been penniless.

She tells British newspaper The Guardian, "I'm broke... I had friends who came to visit from Pennsylvania and there was no electricity in the house because the bill had been too high... One friend said, 'Surely you have something you can sell?'."

Hunt remembered the letters, which had been in a bank vault for decades, adding, "Someone will protect them (the letters) and someone who protects them will protect me because I will make enough money from the sale to repair my house in France...

"The letters speak for Mick at an incredible juncture in our lives. The summer of 69 was the end of a whole era of revolutionary spirit - we didn't know it was about to die...

"The sale is important. Someone I hope will buy those letters as our generation is dying and with us will go the reality of who we were and what life was."