Sir Mick Jagger predicts it will rain during the Rolling Stones' UK shows this summer, where they are scheduled to headline Glastonbury and play at Barclaycard's British Summer Time Hyde Park. 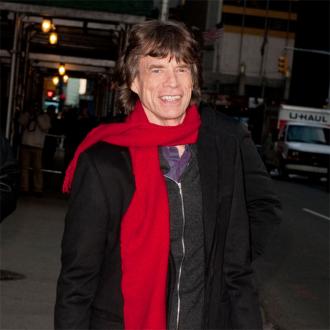 Sir Mick Jagger predicts it will rain when the Rolling Stones play in the UK this summer.

The 'Brown Sugar' group are headlining Glastonbury festival at the end of June, followed by two shows of the Barclaycard's British Summer Time Hyde Park festival on July 6 and July 13, and lead singer Mick is conscious about how the erratic summer weather could affect their performances.

He said: ''There have been some bad ones at Glastonbury, haven't there? Am I right in saying U2 didn't have such a good time because of the weather? And The Who? Didn't it rain really hard? I just said to Keith [Richards, guitarist], 'We're taking a big risk here doing three Saturdays in an English summer. Do you want to take bets on which ones its rains at?' ''

The rockers - also comprised of Charlie Watts and Ronnie Wood - are busy touring the sunnier climbs of North America before returning to their home country as part of their celebrations of 50 years together as a band, and although he's been cracking a few jokes, Mick is keen not to be too sentimental about the shows.

He added to Q magazine: ''I call it my 'stand up routine'. As its the 50th anniversary, we thought we'd allow ourselves a bit of nostalgia, but leaven it with humour. [But] the Stones are not a sentimental band, and I'm not one for looking back.''