Sir Mick Jagger showcases his guitar skills on the new Rolling Stones track 'Doom and Gloom', as it started off as a demo he was working on. 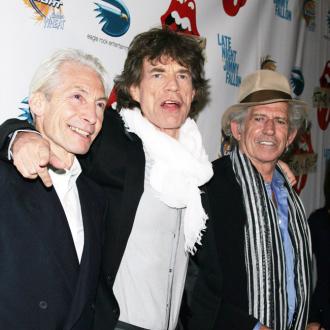 The song started off as a demo written by the singer, with his guitar skills showcased on the intro, but main guitarist Keith Richards doesn't mind.

He told Rolling Stone magazine: ''I don't give a damn. He'd never have learned how to play that without me teaching him how to do it.''

The band - which also includes second guitarist Ronnie Wood and drummer Charlie Watts - last toured in 2007, and one of the stipulations of them getting back together was Keith apologising to Mick for some of the things he wrote about him in his autobiography, 'Life'.

Keith added: ''It was something to get out of the bl***y way so we could get the band on the road. You know, I'll say sorry to God if you like. I don't give a s**t.

''I said, 'Look forward, brother, look forward.' If you was married to somebody for 50 years, you can have your little spats here and there, and we don't mind having them in public occasionally. We can't get divorced - we're doing it for the kids.''

Ronnie has also played down the cost of tickets for their recently announced shows in London and New Jersey - which were priced between £95 and £375 - saying they have already had to spend a lot to stage them in the first place.

He said: ''I'd pay it. We already spent, like, a million on rehearsing, and we're not even halfway through. And the stage is going to cost millions and millions.''