Mick Jagger Has Made His Own Stage Costumes 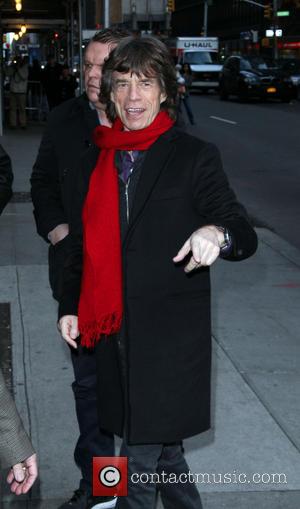 Sir Mick Jagger has shown off his creative side by making his own stage costumes for The Rolling Stones' upcoming tour.

The veteran rockers are returning to the road for a series of shows in North America, as well as two huge performances in the U.K., at Britain's Glastonbury festival and in London's Hyde Park.

Jagger has now revealed he has been working hard on creating outfits for the concerts, and has even been making some of the costumes himself.

Speaking to Andy Bush of Britain's Absolute Radio, the Official Radio Partner for Barclaycard Presents British Summer Time Hyde Park, Jagger says, "I've got some good outfits and I actually made rather a lot of the outfits... I'm pretty covered with outfits."

The singer also reveals the rockers are putting a lot of thought into choosing the opening song for the shows: "You've got to try and make sure that first number really cooks (sic), you know, it gets everyone confident. That first number's got be something you're super confident with. It's no good doing some sort of slightly unknown number that the audience isn't gonna deal with. I think the first number's really important."