Sir Mick Jagger and Jerry Hall are reportedly fighting over their marital home in Richmond, south west London, because The Rolling Stones rocker didn't sign the property over to his ex-wife after their annulment. 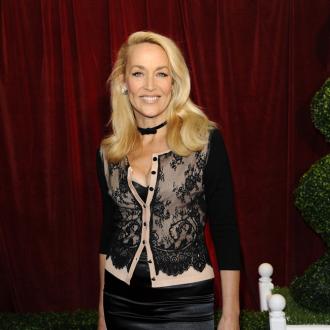 Sir Mick Jagger and Jerry Hall are fighting over their marital home.

The former couple, who annulled their marriage in 1999 after being together for 21 years, bought their home in Richmond, south west London, for £2.5 million in 1991 while Jerry was pregnant with their daughter Georgia, now 20, and the former model is reportedly demanding the property be signed over to her.

It was initially thought Mick had already given the house, now worth £10 million, to Jerry, but it still remains a mutual asset.

Jerry wants Mick to provide her with ''clarity'' on the property and let her know what his intentions are for it.

A friend of Jerry's told the Daily Mail newspaper: ''[The house] is a source of increasing concern to her as she gets older.''

Jerry - who also has kids Elizabeth, 28, James, 27, and Gabriel, 15, with the Rolling Stones rocker - had been considering selling the 26-room property to release funds as she prepares for her retirement and her future plans have been the catalyst for the showdown with her ex.

The friend added: ''I know that she has been thinking about it (selling up). Her mum has just died and all of that stirs up where you want to be.

''It could simply be an exercise in finding out what her possibilities are. That said, she will want to sell up when she gets older. At the moment, it's just her and Gabriel there, and it's a big house for two people. The upkeep is very expensive, too. When the roof goes, it costs thousands.''

However, sources close to Mick believe it is unlikely he will sign the estate over to Jerry, 56, and it is believed he had legal clauses drawn up which mean she can only stay at the house until she is 65. The conditions also allegedly state she would have to move out if she remarried.

The 69-year-old musician's spokesman refused to comment on the matter, simply stating: ''This is confidential.''