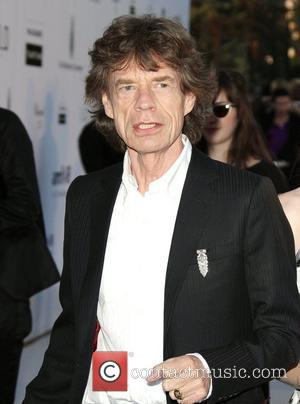 Talk of pal Mick Jagger's alleged small penis and his miserable nature has put Elton John off reading Keith Richards' memoirs LIFE.
The Rocket Man was looking forward to reading the 2010 book, but early details of the rocker's revelations put him off.
He insists he'd never be so candid about his longtime songwriting partner, Bernie Taupin.
He says, "I was a bit put off by hearing the bit about Mick's penis. I'm a big Mick fan. If I said that Bernie Taupin was a miserable c**t and had a small penis, he'd probably never talk to me again.
"It's like, 'Why do that?' especially with someone you're in a working relationship with."
And Elton fears the book will bring back too many bad memories for him.
He tells Rolling Stone magazine, "It just sounds like it will take me back to the drug things."
The rocker spent much of his early career battling drug addiction problems.