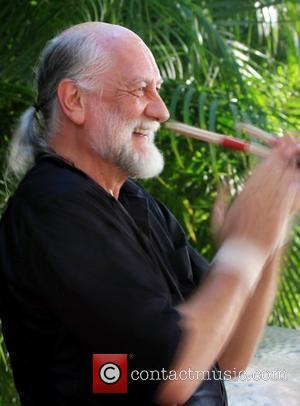 Rocker Mick Fleetwood is still struggling with the death of his friend and former brother-in-law George Harrison - because the two stars really appreciated the beauty of island life in Hawaii.
The Fleetwood Mac drummer admits he often thinks about Harrison as he watches the sun set from his log cabin retreat on his sprawling estate in Maui - and recalls the fun the two friends had there when the former Beatle was alive.
He tells Playboy magazine, "I've been thinking about George Harrison more than ever since he died. We were more than just brothers-in-law for a time; he was one of the very best friends I've ever had.
"We both loved Maui and Hawaii equally, because we both understood how special this place is.
"George is the reason I'm playing ukulele lately too. He was such a great player, and he was obsessed with it. He used to drive around Maui with literally 20 of the things in his trunk, handing them out to friends, hawking the wares of this local guy who made them."
Harrison lost his battle with cancer in 2001.

Mick Fleetwood: Fleetwood Mac have not broken up

Mick Fleetwood: I want a Fleetwood Mac reunion with all the former members

Mick Fleetwood lost two years of his life to cocaine