The actress spoke about raising her 11 year old daughter Matilda in the wake of Heath Ledger's death eight years ago.

Hollywood actress Michelle Williams has opened up about her personal life, including the struggles of raising her 11 year old daughter, Matilda Rose, without Heath Ledger, and about stepping back into the world of dating.

The 36 year old star posed for the front cover of December’s issue of Porter magazine, and opened up about what it’s been like knowing that her daughter – who was just two years old when her father, actor Heath Ledger, died in January 2008 – will grow up having never really known him. Michelle Williams opened up about her daughter never knowing her father, Heath Ledger

“In all honesty, for pretty much everything else, I feel like I'm a believer in not fighting circumstances, accepting where you are and where you've been,” she reflected. “In pretty much all senses but one, I would be able to go totally down that line of thinking were it not for Matilda not having her dad. You know, that's just something that doesn't… I mean, it just won't ever be right.”

Williams, normally a very private person, had to deal with the intense glare of media exposure in the wake of Ledger’s death from a drug overdose at the age of 28, though they had amicably split in September 2007.

“Talk about a learning process. I think, God, what would I say about it? I feel really sensitive about it and certainly did not expect to still be dating at 36 with an 11 year old. This is not what I imagined,” the Manchester By The Sea star said about her efforts getting back onto the dating scene, but hinting that she wasn’t planning on getting married in the foreseeable future.

“I'm like a cat, I'm a very domestic creature. I just want to stay home and take care of people. But I'm also happy with myself and just because I might have a desire to be with someone… that won't lead me to marry the wrong person.”

More: Michelle Williams opens up about how motherhood and acting leaves her “feeling pretty exhausted” [archive] 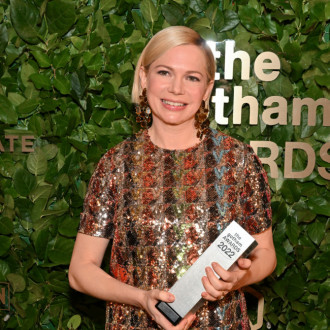