Michelle Williams used to be a tomboy and her ambition was to be a boxer. 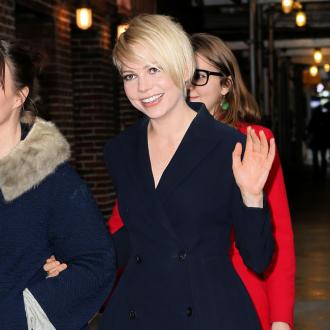 Michelle Williams used to dream of being a boxer.

The 'Oz the Great and Powerful' actress - who shot to fame as a teenager on TV show 'Dawson's Creek' - didn't always want to get into acting, instead hoping to follow in the footsteps of her idol Mike Tyson by roughhousing in the ring.

She said: ''Nobody in my family does anything in the film business. It wasn't that I had a special or remarkable passion [for film]. I was just one kid doing little plays.

''The only thing I remember wanting to be was a boxer and it went from boxer to actress. I wanted to box men, but that never happened.''

The 32-year-old star was also intent on being the best boxer and wouldn't consider fighting in a lower weight class.

She explained: ''I wanted to be a heavyweight boxer. I wasn't interested in watching featherweight, welterweight. I grew up when Mike Tyson was the reigning champ. I watched all of his fights. And Sugar Ray Robinson and George Foreman. I was a tomboy when I was a kid.''