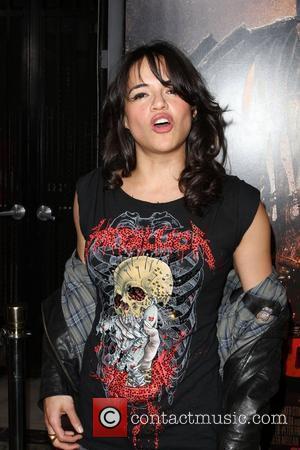 Actress Michelle Rodriguez is writing a screenplay about women breaking out of prison.
The Avatar star is putting pen to paper to draft a remake of 1997 German movie Bandits, about four female convicts on the run, and hopes the script will impress Hollywood bosses.
And Rodriguez admits she would be tempted to star in the movie if it is eventually made into a film.
She tells Movie Hole, "I'm writing a remake of The Bandits, which is about four girls who break out of jail and get chased across the country by the feds and by this MTV-like representative. It's an old German film. I'm writing it pro-Bono, so if the producer likes it, he'll make it.
"We'll see (about acting in it). I'd think so. But you know, I got into this business to write - not to act. But as an incentive for people to read my s**t, I have to agree to be in the film. I'm starting a whole new career so I'm like a kid in a candy store."