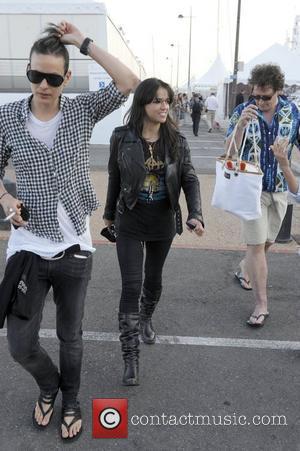 Actress Michelle Rodriguez is planning to become a vegetarian so she's not a hypocrite when she takes to the high seas with marine conservationist PAUL WATSON in an effort to halt illegal fishing and whaling in international water.
The tough-talking Avatar star has begged Watson to take her along with him when he sets sail with Good Shepherd activists on his next 'whale wars' mission - and she's determined to be one of the crew.
She says, "I'm not (a vegetarian) but I will have to be because on the ship, it's a vegan ship - you can't be a hypocrite; you can't be sitting there trying to save animals and then killing them. That's just weird."
Rodriguez admits she's greatly inspired by the work Watson does, and accepts she's taking her life in her hands when she goes to sea with him.
She adds, "I have a tendency not to think before I do things, which you know what, it really adds a little spice to life - because if you thought too much about things before you do them, you'd never do them."