Rodriguez revealed a trip-out on the psychedelic drink Ayahuasca made her realise the extent of her grief over her 'Fast and Furious' co-star's death.

Michelle Rodriguez has revealed that she once came to feel “jealousy” over the death of her ‘Fast and Furious’ co-star Paul Walker, during a candid conversation about coping with grief.

The 37 year old, who stars as Letty Ortiz in the action movie franchise, worked with Walker on the movies until his death in a car crash in November 2013. The Porsche Carrera GT in which he was a passenger veered off the road in California and burst into flames – the driver, his friend Roger Rodas, was also killed. 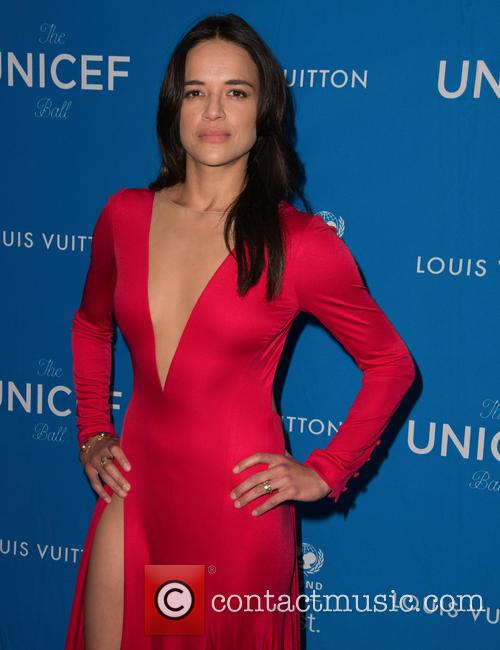 In an interview for a new documentary, The Reality of Truth, Rodriguez recalled how she felt about his death many months later when she drank Ayahuasca, made by indigenous peoples of Amazonian Peru from a plant said to contain psychedelic properties. The experience apparently made her realise how she was coping with her friend’s death, and she described it as “more like jealousy”.

“I have to say, you know, when I lost Paul, I went through about a year of just being like an animal,” she said. “Like, what could I do, physically, to just get my mind off of existentialism? Get my mind off of how transient life is and how we just come here and can just disappear at any moment.”

“How could I get my mind off that? Summer - crazy - nuts. I did everything I could possibly do to hide from myself and I'll tell you that my Ayahuasca trip made me sad that he left me here. It wasn't a sadness that he's gone, it's more like a jealousy that he's there first.”

The Reality of Truth, directed by Mike Zapolin and Lauren Levy, seeks to examine the true human experience, and describes itself as a “controversial film exploring a psychenauts journey inside the mind to find the truth. The truth is here, and it's waiting for you.”

Fellow ‘Fast and Furious’ star Dwayne ‘The Rock’ Johnson revealed a year after Walker’s death that the incident had triggered depression. “I didn't want to do a thing,” he told The Hollywood Reporter in 2014. “I didn't want to go anywhere. I was crying constantly. Eventually, you reach a point where you are all cried out. I didn't know what it was.”