The First Lady, Michelle Obama, has praised 'American Sniper' for portraying a returning veteran in a more realistic light than the stereotypical down and out vet or triumphant hero usually depicted in television and film productions.

Michelle Obama has praised the film American Sniper for realistically depicting military veterans. The First Lady was speaking at an event for 6 Certified, an association which attempts to promote film and television productions which feature more faithful representations of veterans, on Friday (30th January). 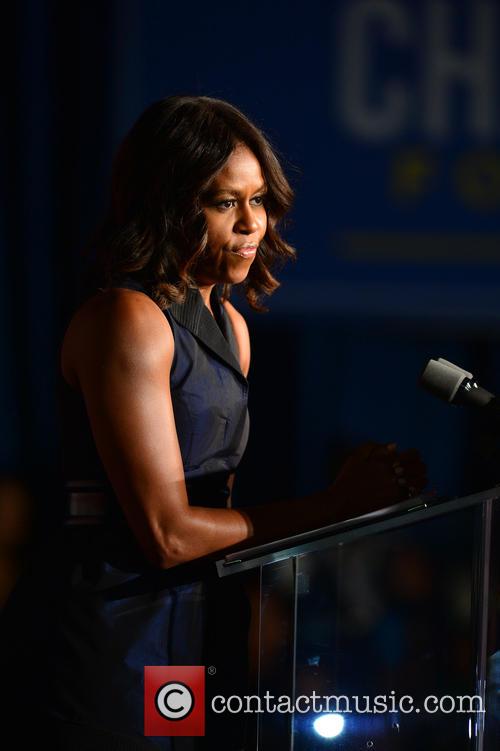 American Sniper is based on the true story of Chris Kyle, the late Navy SEAL who was known as the most deadly sniper in American military history. The film, which has been nominated for six Academy Awards including Best Picture and Best Actor, is based on Kyle's memoir of the same name. Clint Eastwood directs Bradley Cooper as Kyle and Sienna Miller as Kyle's wife, Taya.

Obama explained how she believes the film was ground-breaking as it depicted Kyle as a veteran who did not fall into either stereotype of a returning veteran. In that Kyle was neither the "downtrodden vet who is homeless or on drugs" nor so completely honourable "all the rest of us can do is shower him with admiration."

As People reports, Obama stated that we need to "change the conversation about our veterans and military families." The First Lady further explained how she believed the film portrayed an accurate range of "emotions and experiences"; similar to the ones she has "heard first-hand from military families over these past few years."

"This movie reflects those wrenching stories I've heard, the complex journeys that our men and women in uniform endure, the complicated world, the decisions they are tasked with every day, the stresses of balancing love of family with love of country, and the challenges of transitioning back home," Obama said.

American Sniper is out in US and UK cinemas now.

Watch The Movie Trailer For American Sniper On Contactmusic: