Why Is David Witts Bemoaning His ‘Sexiest Male’ Soap Award? 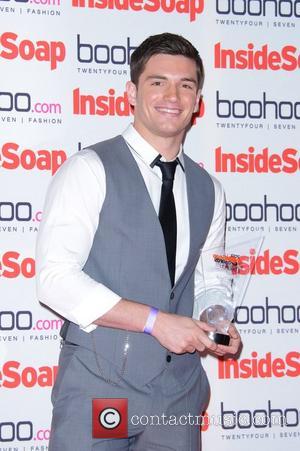 Eastenders actor David Witts wasn’t too happy when his name was read out at Monday’s Inside Soap Awards. Though the actor would no doubt have been thrilled with one of the major acting prizes, he picked up the trophy for ‘Sexiest Male’, which left him a little anxious and a tad confused, reports the Press Association.

Speaking after collecting his prize at London’s One Marylebone, the Albert Square newcomer – who plays Joey Branning – said, “I think there's going to be a lot of mickey-taking and general jibes like that. I don't think anyone's going to take it particularly seriously or start treating me any differently, they're just going to be mocking me for it and winding me up.” So, did Witts think he was a worthy winner? Well, it seems not. The actor said, “I think it's utterly ridiculous and I disagree with the decision entirely. In fact, I think there should be a re-vote because something's gone wrong - perhaps they saw who was last and flipped the list, something like that…But it's hilarious because I've never been considered sexy in my life - probably not even by my girlfriend!” Coronation Street’s Michelle Keegan picked up the Sexiest Female award for the fourth straight year and also questioned her suitability for the prize.

Overall, it was a successful evening for Witts’ co-stars, with Eastenders walking away with the majority of the major prizes.