Dockery has played Lady Mary Crawley for six years, and has revealed what it was like when filming ended on the final season, as well as her plans for the future.

‘Downton Abbey’ star Michelle Dockery has spoken of how she felt “sick” as she filmed her final scenes as her character, Lady Mary Crawley, after six years in the role.

The ITV period drama, a perennial ratings winner since it first came on the air in 2010, is gearing up for its last ever episode in the shape of a Christmas special to be broadcast on December 25th. Dockery, 33, revealed that the emotions she felt as the final scenes were being committed to film were quite unexpected. 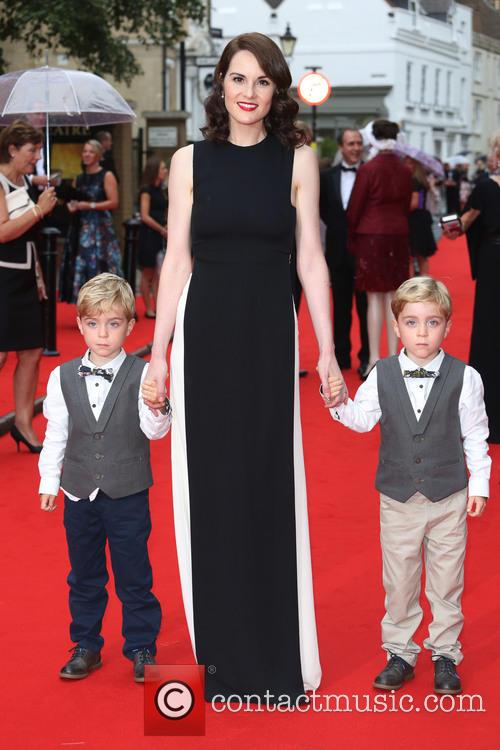 Michelle Dockery with Oliver and Zac Barker, the twins who play her on-screen son George on 'Downton Abbey'

“On my last day of filming, leading up to that final take, I felt sick,” she confessed in the new edition of Red magazine. “I didn’t expect to feel so sad. But I think it was a smart move to end the show where we did."

“At the wrap party, the producer did a speech and said, ‘now let’s party like it’s 1925!’ My feet have only just recovered from all the dancing!”

Dockery enjoyed a meteoric ascent from being a virtual unknown to being an extremely recognisable star as ‘Downton Abbey’ enjoyed instant success. However, she admitted in the new interview that she’s always had help keeping her feet on the ground.

“I was so overwhelmed and found it hard to adjust to being recognised and having my private life in the spotlight. You quickly realise that the press can get to you. I’ve got people around me who I can turn to for advice: my mum, and my partner, John [Dineen, her PR fiancé]. But, at this stage, my instincts are pretty good.”

As for her post-‘Downton’ plans, Dockery has two movies set up for 2016 in the shape of The Sense of an Ending and Consider Yourself. However, she’s also planning to do that most student-y of activities – a gap year.

“I never had a year out. Now I want to go travelling. I’ve never been to Australia. I’d love to go to India. I want to go backpacking. Or interrailing.”