Downton Abbey Co-stars Michelle Dockery And Lily James Were Among Honourees At The 2015 Women Of The Year Awards Hosted By U.k. Magazine Harper's Bazaar On Tuesday Night (03nov15). 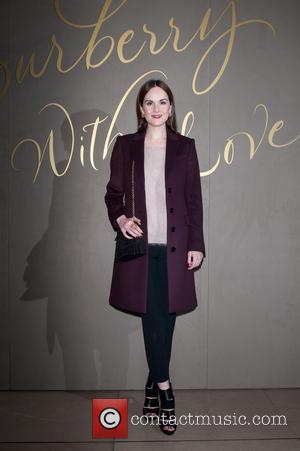 Michelle, who has played Lady Mary in the period drama since it began in 2010, was awarded the Television Icon prize during the ceremony at London's Claridge's Hotel, and her co-star Lily was given the Breakthrough accolade.

Lily, who played Lady Rose, left the show last year (14) but has confirmed she will be reprising her role for the Christmas special, the last ever episode of the series, which airs in Britain over the holidays (15).

Speaking of returning to Downton Abbey, Lily told the magazine, "It was amazing to go back after a break. I don't know if I'd be sitting here if it weren't for Downton."