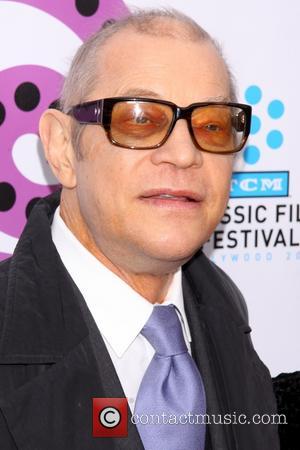 The 71-year-old star alarmed fans in January (13) when he appeared with a swollen face during a Tv reunion with his former Cabaret co-star Liza Minnelli in New York.

York has now disclosed his health has taken a turn for the worse, telling The Lady magazine, "It all began two years ago, when I was doing a mini-series with Tom Conti. I noticed I was getting dark circles under my eyes. At first, I was able to cover them up with make-up, but it got worse and was really becoming evident, so I had to wear dark glasses."

Doctors initially diagnosed York with bone cancer before discovering he actually has amyloidosis, a blood disorder that breaks down tissues and leaves abnormal deposits in the body.

The Logan's Run actor visited a Mayo Clinic in the U.S. last year (12) to undergo a stem-cell transplant, and was also given chemotherapy treatment.

He adds, "I lost my voice, completely, which, for an actor, is a bit alarming. Now, it's sort of back... During (chemotherapy)... sadly, all my hair disappeared. (Now) my face is a little swollen. That's probably from the meds (sic), but also from the illness itself. There are deposits all over."

However, York is hopeful he will bounce back, insisting, "I know this can be deadly, but I never gave up. I am thrilled at this reprieve and want to do as much as I can to make it better."