The former NFL star confirmed that he is the new co-host of 'GMA' but will continue to work on 'Live! With Kelly & Michael' because it "is my No.1 priority." 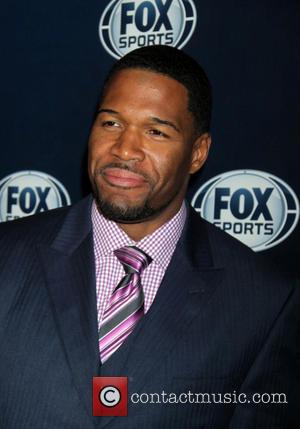 The former New York Giants star player is going to join the breakfast crew on 'Good Morning America' for a co-hosting role.

On Wednesday morning's episode of 'Live! With Kelly & Michael,' which he has co-hosted since 2012, the 42 year-old spoke about the recent speculation.

"The big news is that I'm gonna be on 'GMA' now," he announced live.

"So what is so surprising is I had a meeting, and we talked about the possibility there," he added, while sitting next to Kelly Ripa.

"Then I went to see 'Captain America' with Samuel L. Jackson, and I get out of screening and I check my messages and I'm on 'Good Morning America,'" he continued.

Strahan's new deal also lets him remain working on 'Live!' which he made sure the viewers and audience knew.

The former NFL star's co-host Kelly jokingly added, "That is exactly how we rehearsed it backstage."

As reported earlier in the week, ABC News executives have been attempting to acquire Strahan for the past several months, and that he isn't a replacement to Josh Elliot who walked out on the show to work for their arch rivals NBC this past Sunday (March 31st).

Congratulations to the new 'GMA' co-host.

Watch Michael Strahan confirm the news on 'Live! With Kelly & Michael' below