Michael Strahan was potentially in danger in New York.

A knife wielding homeless man threatened to kill Michael Strahan at ABC studios in New York City on Tuesday (July 1, 2014). The NYPD confirmed the incident. Andrew Johnson appeared Tuesday morning at the ABC studios at Times Square, where Strahan was filming Good Morning America. The homeless man showed up at 8am when the cast usually walks out onto the sidewalk to interact with onlookers and tourists. 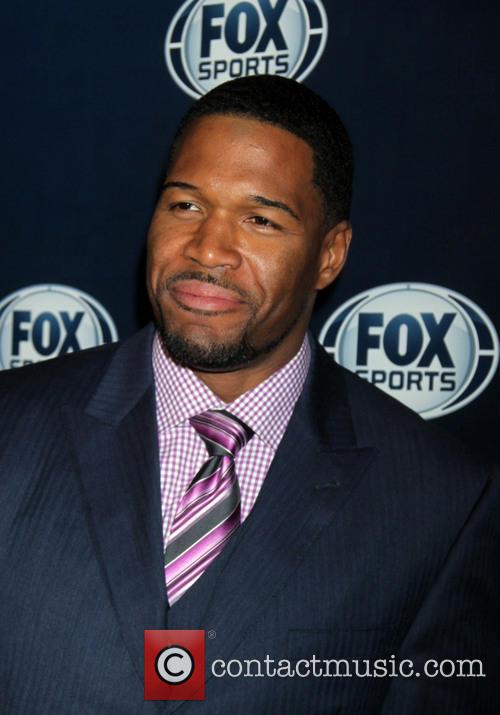 Michael Strahan Was In Potential Danger in New York

Police said Johnson got into an argument with security outside the studio, pulled out a knife and said he was there to kill Strahan, who makes appearances on Good Morning America as well as hosting Live! With Kelly and Michael.

A cop working security outside the studio managed to subdue Johnson and secured the knife.

The New York Post, who initially broke the story, said the man was charged with felony attempted assault as well as menacing and criminal possession of a weapon. He is being held without bail in New York.

A spokesperson for ABC News said: ""It was a scary situation but thanks to the fast actions of NYPD the situation was quickly under control."

Strahan played defensive end for the New York Giants for 15 years before ending his career following the Super Bowl XLII victory over the Patriots in 2008. He is set to be inducted into the Pro Football Hall of Fame next month.